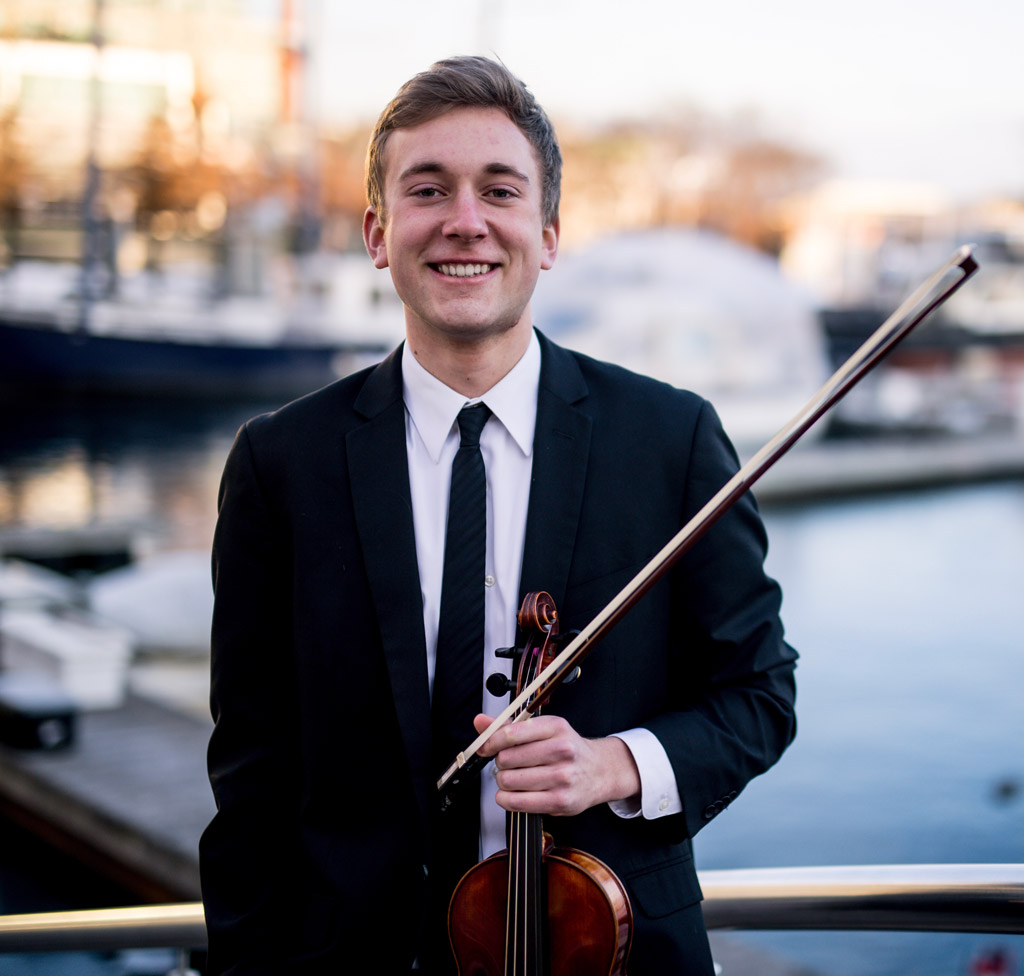 Award-winning violinist Alexis Meschter has performed as a soloist and chamber musician in North America and Europe. In March 2018, Alexis was invited to join the Buffalo Philharmonic Orchestra on their tour of Poland. He joined the orchestra as their youngest member in 2018. In the summer of 2019, Alexis was invited to join the Central City Opera Orchestra as their concertmaster. Alexis moved to California in September 2019 and currently plays with the Pacific Symphony.

Previously, Alexis was the first prize winner of the William Marbury Competition at the Peabody Institute and of the LISMA Foundation International Competition on Long Island, NY. In past seasons, he has performed at The Banff Center, Scotia Festival of Music, Summit Music Festival, Casalmaggiore International Music Festival, and the National Symphony Orchestra Summer Music Institute.

A firm proponent of performing music across many genres, Alexis performed at the TED Summit Concert at The Banff Center with the cellist Joshua Roman, the Nigerian singer Iyeoka, and the Kenyan rock star Blinky Bill and his band. Alexis also strives to bring his music to underserved communities and diverse spaces, partnering with the Creative Access Program in Baltimore as well as the Yellow Barn Music Haul Initiative. He is a founding member of Project MainStream, a YouTube channel dedicated to the appreciation of both classical and popular music, featuring the collaborations of classical musicians.

Alexis Meschter studied at the Peabody Conservatory of the Johns Hopkins University in Baltimore and at The Glenn Gould School of The Royal Conservatory of Music in Toronto with the renowned Russian violinist and teacher Victor Danchenko.